How Will Florida Worker’s Compensation Insurance Rates and Coverage Be Affected in 2018?

Home /Legal/How Will Florida Worker’s Compensation Insurance Rates and Coverage Be Affected in 2018? 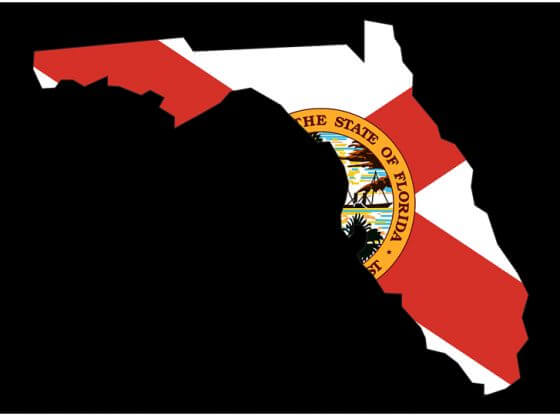 Nancy Fields is a Marketing Associate for WorkersCompensationShop.com. Nancy has a Juris Doctorate from the University of Missouri. She has a wide array of knowledge relating to workers' compensation claims and benefits. Nancy would like to use her knowledge and expertise to help small businesses ensure they have comprehensive and excellent insurance coverage.

The National Council on Compensation Insurance NCCI anticipated an increase in the sums to be spent on attorney fees in the aftermath, which resulted in NCCI recommending a rate hike of 19.6 %. Other states are experiencing rate hikes including Iowa by 2.2%, South Carolina by 2.5%, California by 2.3%, and New York by 9.3% after constitutional challenges and pushes for reform. However, none were as large as the rate increase.in Florida.

Florida’s requested increase was partially approved by the Office of Insurance Regulation, contingent upon NCCI amending its filing to lower the rate to 14.9%, which was amended and subsequently approved, and that rate became effective on 12/16/2016. 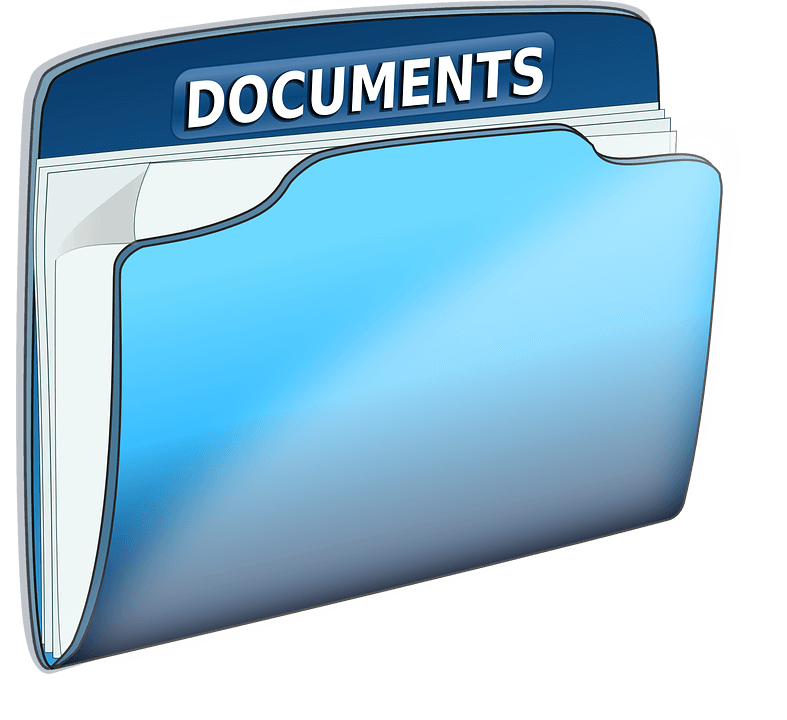 The perception frequently discussed in the media focused on attorney’s fees as the primary factors that drove the workers compensation insurance rates up. Legislative action to cap attorney’s fees that would pass constitutional muster was earnestly anticipated but did not come to fruition in 2017.

Although frustrating to some, the inability to enact new legislation so quickly was probably unavoidable and actually gave the legislature time to digest all of the ramifications and devise comprehensive legislation that will address the worker’s compensation associated issues as a whole; including the erosion of injured workers’ rights.

New legislation should incorporate the rulings by the Supreme Court of Florida, in both Castellanos v. Next Door Company, Westphal v. City of St. Petersburg, or could deviate and take an entirely different approach.

In another case, Miles v. City of Edgewater, which did not appear to be considered is the rate hike recommendation. The 1st DCA found that the statute prohibiting claimants from paying their own lawyers unconstitutional, and established the injured worker’s right to obtain counsel with personal funds or someone else’s and the claimant’s right to contract. The legislature can choose to not initiate legislation to remove or repeal the statute and it might remain of record but is still unconstitutional.

The mixture of brewing issues are set to congeal in the 2018 legislative session after the NCCI and the Office of Insurance Regulation recommends the new rate of insurance for 2018. Nothing of significance was passed during the 2017 legislative session. NCCI historically makes its recommendation for the coming year’s rate well ahead of time, in order to inform the public and employers and garner support for the rate hike. The recommendation was made in May of 2016 for the 2017 year, and actually took effect in December, 2016.

Workers compensation in Florida has historically been a flawed system. Previous major reforms have taken place in 1979 and 2003. The insurance rates had fallen since 2003 until 2016. However, Pro Publica and NPR have shown that the current system continues to have issues which undermine fair treatment for the injured worker despite past reforms:

The rate recommendations from NCCI for 2018 will most likely be highly scrutinized because of all the negative publicity in 2016. NCCI, together with the Office of Insurance Regulation, was sued by Mr. Fee regarding constitutional issues for failing to conduct the “Committee Meetings” to arrive at a recommendation for the 2017 workers compensation insurance rate hike. The trial court held that such meetings are a delegation of a government function and are required to be held in the “sunshine” where interested parties can take part. But the appeals court did not agree and reversed the trial court. Also In this instance NCCI delegated the process to one lone actuarial expert; which resulted in intense criticism of that method. In any event the Office of Insurance Regulation proceeded to hold open public meetings after being sued, even though they were not Court ordered to do so. As a result, an open meeting process appears likely in 2018. Public awareness and participation should generate more negotiation and compromise on the rates between the parties. 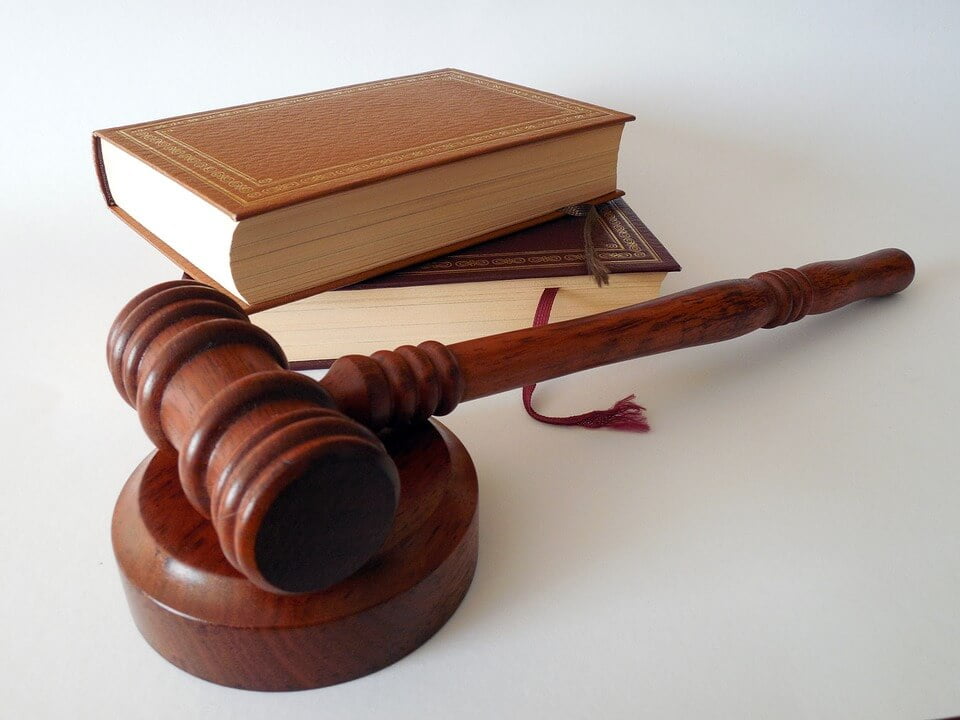 Possible Changes to the Workers Comp Insurance Rate and Other Issues

It is probable, based on the bills introduced in the 2017 legislative session, that there will be an agreed-upon bill regarding attorney’s fees at some point during this next session. Some legislative members felt that an agreement was close during the 2017 session. Such a bill is likely to include a deviation defined by statute for reasonable attorney’s fees and a cap somewhere in the range between the two proposed bills in 2017 of $150.00 – $250.00 or slightly higher, which is below the average hourly rate of attorneys in most civil cases. Expect to also see a bill which codifies and reinstates the previous statutory scheme for temporary total disability extension back to 260 weeks.

There is also a possibility the State will see movement towards reform for workers as the court in the wild card case, Miles, found the statute criminalizing attorneys’ acceptance of fees from an injured worker or someone on his behalf unconstitutional. The statute might be abolished and an amended statute would need to be drafted to allow the injured worker or someone on his behalf to pay the client fees.

There are many ethical concerns when accepting fees for a client from a third party which the Florida Bar has already addressed within the Rules Regulating the Florida Bar. These rules can be utilized and relied on when accepting pay from a source other than the client. The Court found the statute unconstitutional under both the State and US Constitution which prohibited lawyers from accepting a fee directly from their client or a person or entity on their behalf and criminalized acceptance of fees. Since no appeal was taken, and no statute has been passed, there is no clarification as to how this will be addressed in the future.

Lawyers have always fought against social injustice in America and may well take an appropriate and ripe case where a matter of great public importance such as the reduction in benefits upon retirement, where a client or someone else may be footing the bill, or even on a pro bono basis and use this case to test how fees will be approved.

The Miles court pointed out the contrast in this scenario where Workers’ Compensation Insurance carrier attorneys are free to contract their fee rate with an insurance carrier and can choose to not accept the case at the rate offered if they feel it is unreasonable, but injured workers have no legal recourse other than workers compensation, and their lawyers must accept what the state deems to be reasonable under the statutory scheme.

The court held that the attorney fees set out in the statutes are not reasonable, not because the lawyers are being underpaid but because it undermines the ability of the injured worker to obtain competent legal representation. And the FL Supreme Court also addressed the unreasonableness of the attorney’s fees in the Westphal case.

One last change in the law was made in 2017 when the legislature passed Senate Bill 1008 establishing public records exemption and a right to privacy for personal identifying information of a deceased or injured worker contained in workers compensation records held by the Department of Financial Services.

Although the bill specifically stated that Public Records ROI (Request for Information) have resulted in unwanted solicitation (by attorneys) of injured workers and/or or their families; this statement is totally unnecessary as the Florida Bar has always had the authority to sanction an attorney for such conduct under the rules regulating the Florida Bar.

This bill was codified at Section 440.1851 F.S. and it does create a worker’s right to privacy and protects his or her personal identifying information and affords greater protection from the public and the media, not just attorneys.

All of these factors may coalesce by the end of the 2018 legislative session and may be the impetus to bring about systematic reform. The court has paved the way to reach new laws that result in lawyers receiving a fair fee for representation, an increase in the length of time a worker may receive temporary total disability; regulation of rising medical costs and have the impetus to allow lawyers to be able to take on far-reaching issues which further improve the system, aid the worker and their dependents and ultimately the public.

Unfortunately, the resignation of Jeff Atwater as CFO of Florida, who oversees the Office of Insurance Regulation, and the vacancy left by his absence, may curtail meaningful legislation. But that may not deter the legislature as the U.S Supreme Court signaled that the entire statutory scheme is salvageable with the modifications noted by the Florida State Courts when it declined to hear Daniel Stahl v. Hialeah Hospital.

So it appears the time is ripe for the 2018 session to be the climax to these events and settle Florida workers compensation landscape for a few years in the foreseeable future.