The location of the pilot program was the Houston Livestock Show and Rodeo. The show is the largest livestock industry event in the world, attracting 2.4 million people hands 22,000 event volunteers to make the event run. The gunshot detection system helps to provide additional security for Houston PD personnel who were tasked with safety and security for the show. The Houston police department monitored all the data and video in real time every day.

The pilot included not only the Boca Raton companies but also other vendor’s integrators and carriers. At the centre of the pilot program what the Safety Dynamics SENTRI II Gun Shot Detection system.

The companies released a press release which noted “SENTRI II is the next generation of gunshot detection systems. The deployment marks another milestone in the advancement of this proven public safety technology by allowing the stand-alone gunshot detection systems to be completely portable using Beeper’s advanced wireless SD WAN Cellular Bonding solution, the IE 5000 Multi-WAN Channel Bonder.”

This gunshot detection system was used in the largest single citywide deployment in Tijuana, Mexico, in 2006. The SENTRI solution is patented. According to the company it can pinpoint the precise location of gun shots with plus/minus ONE degree of accuracy. Alert and notification are delivered directly to the operator within less than one second of an event taking place. The detection system can immediately geo-locate the gunshot event plotting a map that is integrated with the operator’s command center or a Network Operations Center.

“The addition of the SENTRI II portable version of Safety Dynamics’ advanced acoustic surveillance analytical sensory technology with Beeper’s communications solution will enable further efficacy and strategic use of the systems for citywide deployments and special events like the Houston Livestock & Rodeo show. We were able to quickly deploy for this ‘one-off’ event – the Houston Livestock Show and Rodeo – which occurs annually,” according to Sally Fernandez, Safety Dynamics Inc. president & CEO.

Sgt. James Turner, Houston Police Department’s contact says the gunshot detection system is relatively portable and can be easily moved to another location and set up within a few hours. Helping the system to be more portable is the fact that it doesn’t require expensive fibre or coaxial cable connections.

Sgt. James Turner said, “The speed and ease of installation of the SENTRI II system is impressive. Out of the box at the location, we were up and running, connected to existing infrastructure in a matter of hours.”

“Our new solution, SENTRI II, which we have jointly developed, is rapidly deployable and immediately operational and now can be moved, at will, to the areas most in need of this deterrent technology, saving both time and money,” states Moshe Levinson, SVP business development and special situations, Beeper Communications. 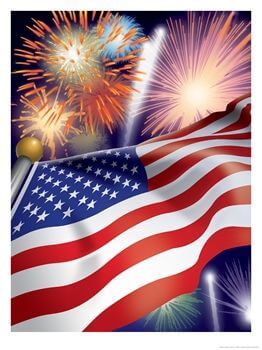